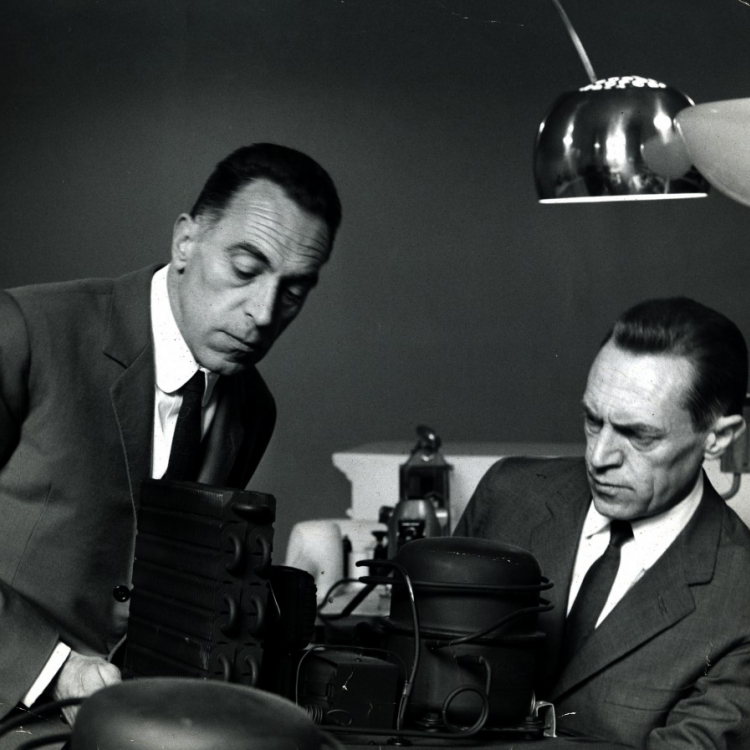 Pier Giacomo Castiglioni was born in 1913.

In 1937, he established the "Architecture, Urban Buildings and Research into Industrial Design" practice with his brother Livio. In 1952 Livio left and Achille Castiglioni joined the practice in 1944.

He graduated from the Department of Architecture at Milan Polytechnic in 1937.

He exhibited at every Milan Triennale from 1940 on, winning many awards.

Achille Castiglioni was born in Milan in 1918.

As early as 1940 he dedicated himself to testing industrial production with brothers Livio (1911-1979) and Pier Giacomo (1913-1968). After graduating in architecture in 1944, he began research into shapes, techniques and new materials, aimed at developing an integral design process.

He was one of the founders of ADI in 1956. In 1969, he was authorized by the Ministry of Education to teach "Artistic Design for Industry" and was a professor at Turin’s Faculty of Architecture until 1980 and then professor of "Industrial Design" in Milan until 1993.

MoMA in New York features 14 of his works. He has been awarded 9 Compasso d´Oro awards.