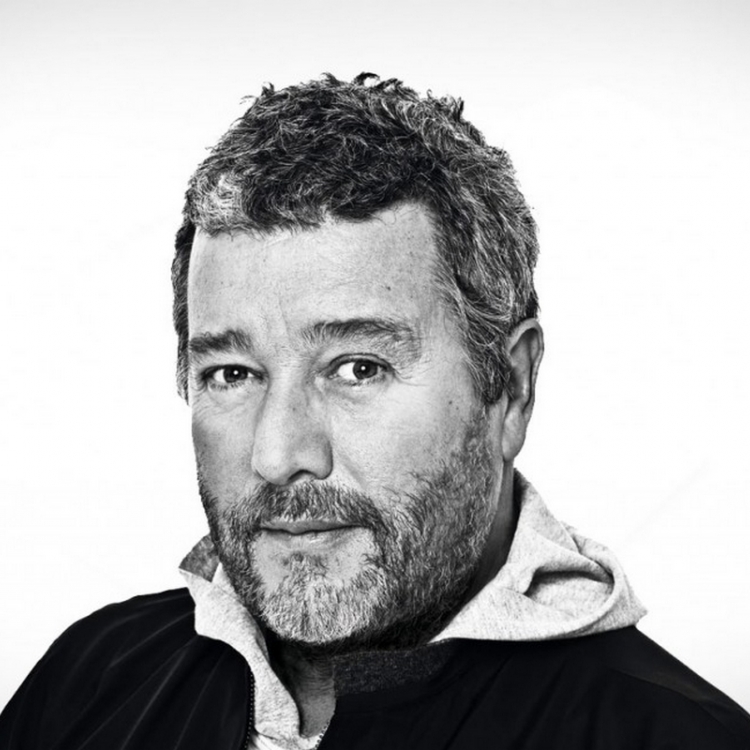 Philippe Patrick Starck (Paris, January 18, 1949) is a French industrial designer known worldwide for the functionality and aesthetics of his designs.

Starck studied at the school of Nissim de Camondo in Paris. In 1968 he founded his first company, which produced inflatable objects. In 1969 he became artistic director of Cardin.

In 1974 he settled in the United States and two years later returned to Paris, where he designed his first night club, "La main bleu," and the nightclub "Les Bains-douches". In 1979 he founded the company "Starck Product".

During the 1980s he renewed the private apartments of the French President François Mitterand in the Palais de l'Elysée, made the interior decoration of the Café Costes in Paris and took care of the interiors of caffé Manin in Tokyo. He was also responsible for the interior decoration of the Hotel Royalton in New York and projected plans for the premises of the French cutlery company Lagouiole. In the late 1980s, he built the ship "La Fiamma" for the Asahi company and the building Nani Nani for Rikugo in Tokyo. He also handled the interior design of Teatriz and Ramses in Madrid and was responsible for the interior design of the Hotel Paramont.

In 1991 he participated in the construction of the Groningen Museum, built the office building Le Baron Vert in Osaka for Meisei and dealt with a number of private residences, as Lemoult (Paris), L'Angle (Antwerp), 18 maisons of rapport in Los Angeles and a private residence in Madrid. In the late 1990s, he created the catalog of Good Goods with La Redoute.